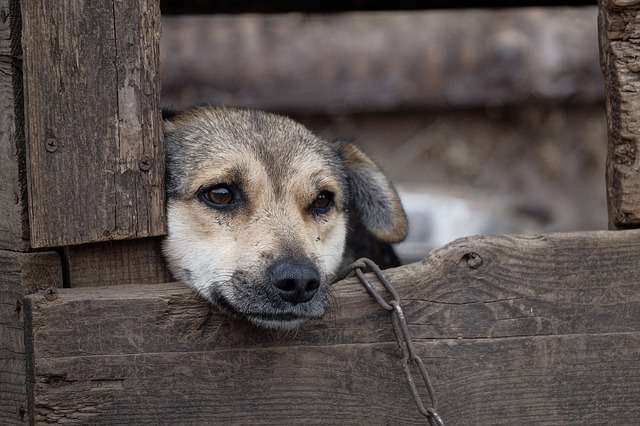 Texas is making it harder for dog owners to chain their pets up outside. Starting on January 18, a new tethering law will be in effect that introduces criminal penalties onto those who tie down dogs without care or consideration of the animal’s mental state as well as adequate water supply and shelter from sun exposure while tethered.

The Safe Outdoor Dogs Act banishes using chains or heavy weights while outdoors with your four-legged friend–and also requires you provide them some form protection against harsh weather conditions like rainstorms by providing at least one bowl full instruction dish amounts food & drink every day.

The new tethering law in effect requires dog owners to provide their pets with adequate shelter and water. If they don’t, then it’s possible for them be fined $500 or 360 days imprisonment depending on how many times this has happened before!

Starting Jan. 18, a new tethering law is in effect that imposes criminal penalties on Texas dog owners who chain up their pets outside in inhumane conditions.

The Safe Outdoor Dogs Act bans the use of chains or heavy weights as restraints for dogs outside, and also requires owners to provide adequate shelter, shade and clean water for the tethered animals.

Gov. Abbott initially vetoed the legislation, saying the state had no business “micro-managing” Texas dog owners, then brought back a similar version in the third special legislative session that was eventually signed into law.

Animal advocates have been calling for such changes for years, and say the new law will have a positive impact on dogs across Texas.

What are the specifics of this new state law? Will it prevent mistreatment? How will the new rules be enforced in San Antonio?